From Amazon’s jungle call to the vibrant nightlife of Rio, Brazil remains one of the world’s favourite destinations. Brazilians often say they live on a continent rather than a country and, indeed, Brazil has a vast diversity of nature and culture, as rarely can be seen in other places

This is the only latin country in South America to be a none-speaker of Spanish, even though brazilians understand some Spanish. The portuguese spoken by brazilians, sounds very melodical, especially in the north. And one gets a strange feeling, mostly in Sao Paolo watching Japanese looking people who speak and dance like locals. Yes, the Japanese (as well as European) immigration of one century ago, has left some distinctive traces, as well did the African slavery, which is concentrated in Rio, Salvador and Sao Luis.

In the same time, the aboriginal tribes in the Amazon, despite hundreds of years of contact with expanding frontier society,  managed to maintain their language and customs in the face of the massive theft of their lands.

Salvador de Bahia is Brazil’s most heavily Afro-Brazilian city and a fascinating place to visit. The lovely small town of Olinda has an abundance of colonial architecture and it’s the best place to be in Brazil for an authentic carnival. The nearby town of Recife, as well as Fortaleza, Sao Luis and Belem are other nice cities spread along the Atlantic Coast.

Brazil boasts some of the world’s best beaches; from the glamour of Florianopolis and Fernando de Noronha to the remote fresh water lagoon wilderness of Lencois Marahenses. The hippy Jericoacoara, gathers layed back people who come here for kitesurfing during day time, performing capoeira at sunset and dancing forro at night time. The villagers are so relaxed here, than not even a football game with the rival Argentina team, doesn’t really distract their attention from enjoying a talk and a glass of caipirinha.

There are other spectacular natural sights in Brazil: the majestic Iguazu waterfalls, the mighty Amazon River, the mysterious table topped mountains of Chapada Diamantina are just a few of them.

The effervescent Brazil it, definitely, has a distinguished character, and this is generally provided by Brazilians themselves. For them, everything revels in life, in their immense passion for simply existing, whether is about expression through the dance and music, or the way they simply interact each other or with strangers. The truth it is that is almost impossible to feel like a stranger among Brazilians. If so, it means you haven’t actually lived the local spirit. 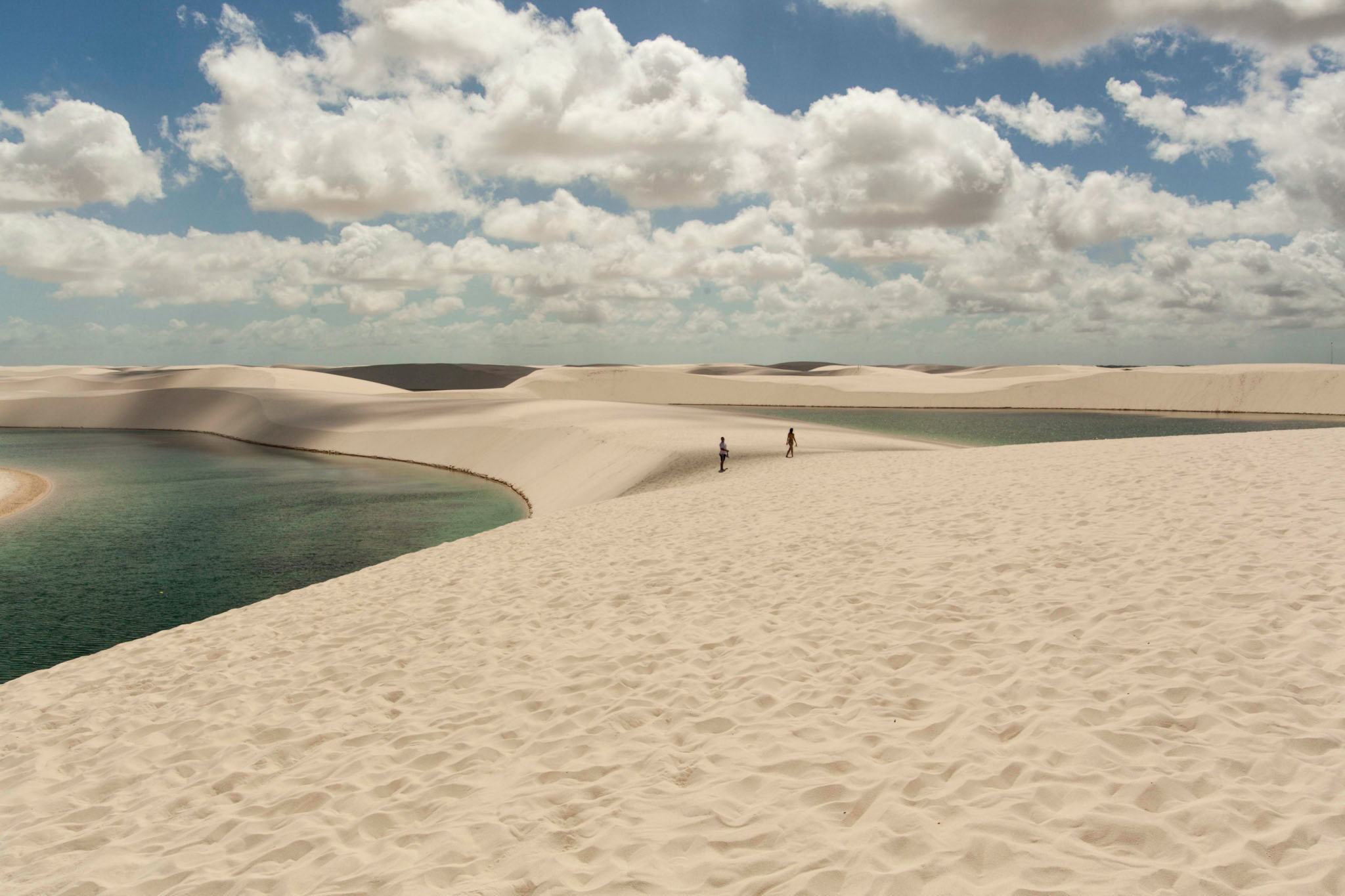 Diving into the paradox–the aquatic desert of Lençois

This place is as strange as its name, and it came our way unexpectedly. I was travelling for a few [...]
Load more