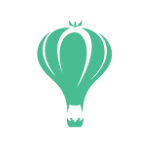 Strolling around the streets of Havana

A few months after Cuban leader Fidel Castro’s death, Garlic Trail went back to Cuba along with 7 friends. Photographer Remus Toderici is one of them and he managed to capture the real life street of Havana, right there in the heart of the city, away from the touristic crowds.

“What I liked about walking around the streets of Havana it was the easiness to socialize and interact with the locals”, he recalls. “Once, one a narrow and empty street, I noticed from the distance a group of teenagers, the kind of neighborhood’s bad boys.Slowly and reserved, I started to shut, and I got closer to the point of being observed by the guys. Initially, I had the feeling they wouldn’t like to be photographed, but when they noticed my presence they smiled at me, started to pose, and eventually accepted me into their group like part of it. For me, that was something totally unexpected, a nice surprise.”

Here is some of what Remus managed to capture with his lens around Centro Havana, Vedado and Malecon in Havana.

You can see more of Remus Tedorici’s work at  http://www.remustoderici.ro or on facebook at  https://www.facebook.com/remus.toderici.photography/