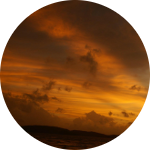 Tripping on Strada dell’olio in Italy

Recently I noticed how my girlfriend Ines, got seriously hooked on olive oil which has become our kitchen’s primary ingredient. It came naturally to invite her on a holiday trip to Italy, as a birthday present.

-My dear, I’ve noticed we are running low on that Alfafarenco’s Spanish olive oil and I think we should do something about it. What do you think about taking a trip to south of Italy, to their famous olive oil region? We can fill up our oil reserves, I told her. Although she said nothing, her ‘ear to ear’ smile, and a special shine in her olive-green eyes, told me I should buy immediately the plane tickets.

Said and done: one week later we were already in Bari. Soon after landing, we accidently met some friends from home, who approached us:

-Why don’t you guys join us in Polignano a Mare first? they said. It’s a small town not far from here and we are going to have lunch there. It’s a seductive place with an old traditional cuisine and I’m pretty sure that we can have a culinary feast there!

Even if a bit skeptical, as I am quite picky about where I eat, I and Ines decided to give it a try. We set off for Polignano a Mare and 45 minutes later we were already ‘floating’ in some mountains of pasta and seafood, in one of the town’s cozy restaurants.

What I love about experiencing local food in Italy, is that almost every little restaurant has its own creative cuisine, starting with surprising starters and ending up with divine desserts. And even if they might not speak much English, the restaurant’s owners put in an extra effort to make their customers feel special. When you’re accommodated by an Italian’s passion and experience, the lovingly prepared and served food satisfies even the most jaded customer.

After having our siesta and strolling around the charming streets of Polignano, we said goodbye to our friends and we set off for Gallipoli island. There is where we decided to spend the night and the sublime sunset and refine traditional stone guesthouse we slept in, made our stay in Gallipoli worthwhile.

Next morning we finally started tripping on the olive oil trail. Not far from Gallipoli on Strada dell’olio starts the famous gastronomical route in south Italy.

This crosses a territory rich in traditional products, with high-quality wines, cheese and, obviously, oil and olives. This route aims to promote Italian products of excellence in the agricultural and food industry fields, with a special focus on olive oils. It includes frantoi (olive presses), as well as ancient and modern production farms.

All along the trail we tasted different oil types coming from 60 million trees accounted in the area. The softness and the delicate flavor are a nice touch of the region.

By evening time we arrived at the village of Alberobello.

There is where we met Don Piedro, our adorable host.

– After 40 years of crafting this brilliant ingredient, I am still in love these trees that gave me the best time of my life, said Don Piedro while introducing us to his adorable garden. Here is where you’ll get the tastiest olive oil in the world, he added proudly.

We thought this would be just another exaggeration (a typical latin trade when it comes to describing local features) of yet another passionate Italian we encountered. It came as a surprise, to find out that most of the local brands did win several international prizes; their strong fragrances, do, indeed, make these products irresistible to many.

Ines seemed to be so much absorbed by Don Piedro’s seductive garden that I felt she wouldn’t mind postponing our return to Timisoara with a few days or even more. I almost came to the conclusion that she might make it for a whole year without bringing new shoes in her wardrobe, but definitely not without olive oil in the kitchen…

Travel advises
– Avoid high season – the area, as most of the Italy can be crowded in the high season, therefore, the whole experience may be decreased by mass tourism
– Rent a car – if you do not plan on staying 2 weeks, is an efficient way to cover the area and enjoy the scenery; you can rent for really cheap rates and many things are much easier accessible
– Eat local, try the seafood – almost every town in the area has its own special dish; moreover, as we are really close to the sea, you can find a really fresh seafood options; if you want it really fresh you should inquire, which products are really caught on spot and which are coming from other parts of Italy or even other countries
If you decide on buying olive oil – it is best to check the provenance of the olives, the fabrication process, and the manufacturing date; make sure the oil is from the last cosecha; also, in the maserias, be careful with the closing system as some of them are not really working well and this can generate a huge mess in your luggage.