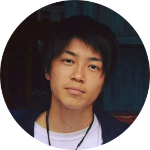 When a Japanese meets the African

I collected so many sweet memories in my first year in the volunteering program that I have recently followed in Tanzania. I have to say that I find it difficult to choose this first story that I want to share.  As I have spent most of my time in the Masaai village of Paraquyo, I will talk about my beautiful days there.

The reason I was interested in travelling to Africa was because I wanted to discover the reality about life and its people there by myself. Previously, while visiting San Francisco, I was shocked by the differences I discovered between reality and what the Japanese media promoted. The gorgeous and lively city of San Francisco with its, apparently, clean streets has also the grey side, with its homeless people lying on the cold and dirty pavements, away from the main road. Then how the African reality could actually be the other way around, opposite to the well-known image of poverty and uneducated people?

As I wanted to get an authentic local experience as much as possible, I have decided to join a volunteering camp. From the various types of jobs I could choose, I immediately found the right one for me: “Cultural exchange in the Masaai community”.

It takes about 7 hours to get from Dar Es Salaam, the capital to  Parakuyo. There is a wide land in the centre of the village, with houses, some shops, a church and a school which is made of red bricks and clay from the surroundings.

The villagers have started to get used to foreigners as they usually accept volunteers from all parts of the world for different kinds of programs. When they see the faces of the white or yellow people passing by, they stare and always greet them with a smile, saying”Jambo!”

The people of Paraquio pay respect to the elder people. They are saying “Shikamo” instead of “Jambo” when they meet the elderly. The latter response comes with ”Marahaba” and a soft touch on the forehead.

One day I was redecorating one of the local school walls together with some of my volunteer colleagues. At one moment there was a break for the kids and many of them gathered outside.

They started to play with some ropes and jumping over them taking turns.  I joined them and taught them how to jump like Japanese children. After a while, a boy came to me and started to dance. He wanted to show me some unique Tanzanian moves. More kids joined him and all together, full of joy, they sang traditional Tanzanian songs. I had the amazing feeling I had just stepped on a stage and I should do my dancing number. Fortunately, I also knew some dancing moves from Osaka so I joined the big spontaneous show and I danced with the children of the village.

That magic moment probably left behind some of the next dancing world trends, a vibrant combination of the Japanese and Tanzanian dance styles adopted by the joyful kids of Paraquyo village.

There was nothing pressing me. The people were smiling and enjoying the daily routine. I opened my eyes and just lived my days there. This village has given me a lot. Right there, far away from Japan, I felt that this was the true place where to live…