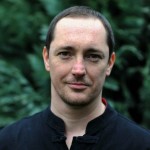 After two trips to Bali, for my third time in Indonesia I have decided to go off the beaten track and I have chosen the island of Sumatra. The recent decade of natural disasters such as the 2004 tsunami or other earthquakes, has considerably slowed down the travelling to this part of the world. It is one of the less touristic regions but also one ofthe most biodiverse areas on Earth. The people are definitely among the nicest people I have ever met…

The Sumatrans are just not used to meeting Westerners and I first got this feeling  when getting out of the airport of Padang, one of the largest cities of the island.

I jumped on a local bus that I understood it was going downtown. I put my backpack on the floor and I had to stand as the bus was full. After a few stops I took out of my pocket a small paper note. Just before leaving from the Kuala Lumpur airport I had managed to quickly write down the address of a guesthouse where I decided to stay. Then I looked at the man standing next to me and tried to explain to him where I wanted to get off. But the man appeared to be confused about the name of the street I was looking for and so he asked the person next to him. This one seemed to be even more confused so he involved another one in the discussion. The next one to jump in the conversation was the driver and next thing, half of the passengers were debating absorbed whether my address existed or not in their city.

Apparently nobody seemed to have any idea where my guesthouse was located and as I had no tourist guide on me, just a name of an unknown place, I started to worry a bit about where the hell I was going to end up that day.

But then I looked closer at my note and realized that the address was from Medan, another Sumatran city, the second choice I had when considering the starting travel point of the island.  So I made a sort of joyful sound and tried to end the already noisy and extremely concerned discussion that involved basically the whole public bus.  Of course, I came out with another street name.’ Jalan Bukit. Ok?’ The reaction of the crowd was overwhelming. I had the feeling I just came out with a winner collective bingo ticket for all those people surrounding me. Therefore, I got their simultaneous exclamation “Aaaahhahaaha. Jalan Bukit… “followed by a long laugh and an obvious reliefon their shiny faces.

At my destination point, I got off the bus with a long blown horn of goodbye from the driver. Most of the passengers were out on their windows, waving at me and somehow giving me the feeling that I was about to love that place…